Kadiatu knows what it’s like to have doors close to her. She was one of the first Bumpeh Chiefdom girls to graduate from high school supported by Sherbro Foundation scholarships, proudly getting her diploma in 2016. She did well on the national exams, meeting entrance requirements for a 4-year college program – still uncommon among chiefdom students.

Then the door of opportunity slammed shut. She had no money to continue her education and no job prospects. Kadiatu’s mother passed away and she returned home to take care of her three younger siblings.

We’re kicking off our Annual Fundraiser for Education with a focus this month on teacher training scholarships. Quality education starts with qualified teachers!

Today, Kadiatu, left, is in the first group of teachers Sherbro Foundation is returning to school to pursue their HTC – the Higher Teacher’s Certificate.

They’ll build their teaching skills and be eligible for a government paid secondary school teaching position with full salary.

Back in 2016, Kadiatu had come so far. Hers was the very first group of girls in Rotifunk to graduate in over 20 years, aided by our scholarships. I remember the excitement of these girls proudly going off to sit for their national exams. Kadiatu’s results were among the best of all the schools in Rotifunk.

And then, she was back home where she started, since her father, a security guard, couldn’t afford to send her to college.

Sherbro Foundation has emphasized sending girls to schools. They are usually the first in their families to attend secondary school, often away from home. But they haven’t had women teachers as role models and counselors in their formative years. In the nearly ten years I’ve now worked with Bumpeh Chiefdom, I’ve only seen two women teachers in Rotifunk secondary schools. After a couple years, they’ve left for other opportunities.

Sherbro Foundation is working with our partner CCET-SL to change this by developing women from within the community as teachers. They can go to college for a 3-year teaching certificate during school holidays while continuing to teach. We require they teach at least three additional years in return for their scholarship. Many established teachers are interested in staying in the community long term.

Salamatu, left, another scholarship recipient, was born and raised in Rotifunk, and has been a primary school teacher there for nearly 20 years. We didn’t know just how important – and urgent – it was to open the door to higher education for her with a scholarship right now.

Salamatu is the headmistress of one of Rotifunk’s primary schools. One of its six teachers, she also serves as the acting head for the school. She developed the school from what had been called shambles to one with the largest primary school enrollment.

I’ve met Salamatu and she’s what you want in a school head. She’s warm and nurturing, with a positive can-do attitude, while being firm and setting clear standards.

But she received notice that she would be replaced if she hadn’t at least enrolled in college for the requisite degree for a school head. There’s many acting principals and school heads in Sierra Leone like her, who don’t have the required credentials for the job. But with no one else available, they’re appointed on an interim basis. 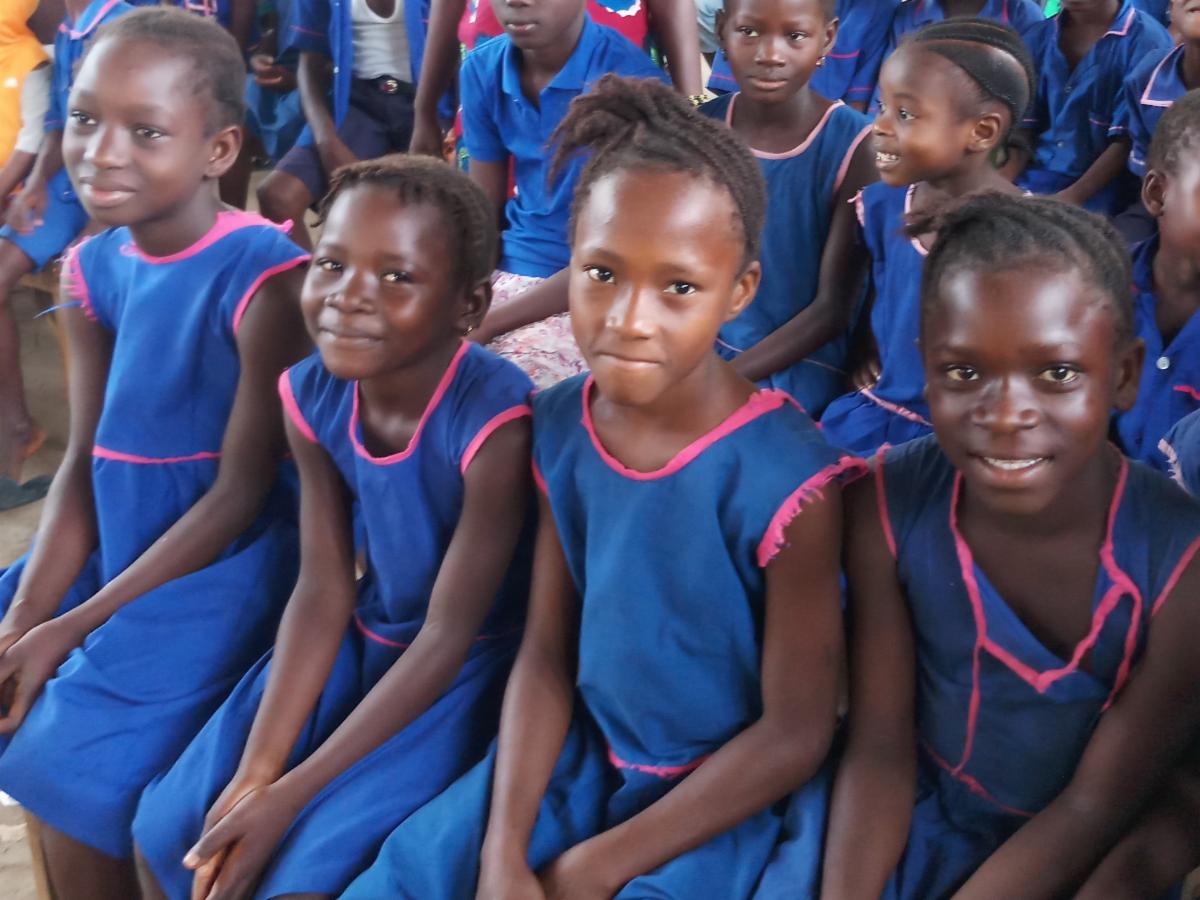 Her notice serendipitously came when one of the original six secondary school teachers accepted into our HTC scholarship program backed out. He didn’t want to sign the contract requiring three years of additional service. Salamatu wasn’t just a good substitute. With her teacher’s scholarship, the community can retain a dedicated and proven primary school head.

Salamatu’s story as a teacher goes back 25 years.

She was in the last class to graduate from Rotifunk’s only secondary school when Sierra Leone’s rebel war started. Paramount Chief Charles Caulker evacuated her and 2000 other residents to a village down the Bumpeh River. It became a refugee camp for several years, where they were safe from marauding rebel soldiers who had occupied Rotifunk and the surrounding area.

Salamatu married and had four children, only to lose her husband during the war. One of Chief Caulker’s first actions after the war in resettling the destroyed Rotifunk was to reopen schools. In 2002, he asked those who had completed high school to come back and serve their community as teachers.

A single mother, Salamatu stepped up and taught for eight years before getting NGO support to complete her first-level teaching certificate as a primary teacher in 2010. Now, she’s started on her Higher Teacher’s Certificate.

After having taught 18 years, I laughingly told her, “You could probably be in front of your class teaching, instead of being the student.” She replied, “I’m learning a lot. I’m proud and grateful to be a student teacher. It’s given me more confidence for the work. I can handle administration properly. I know how to talk with parents and encourage them to send their children to school, especially the girls.”

The HTC program develops teaching skills and how to teach the core subjects: English, math, science and social studies.

Secondary school results are poor because there aren’t enough qualified primary teachers giving them the knowledge they need to succeed at the next level.

Paramount Chief Caulker said Salamatu is one of the most deserving of the HTC scholarship recipients. “She’s greatly improved the school. I admire her and what she’s done.” He knows she’ll have even greater impact on her students and the community with more skills.

Salamatu is proud to lead the way among primary teachers. Her own specialty subject is environmental science and home economics. “I want to give kids the foundation they will need for science in secondary school,” she said.

Our goal is to sponsor Kadiatu, Salamatu and four male teachers for the second year of their three-year teacher training course this fall. We have three of the six teacher scholarships covered by generous donors.

Help us sponsor three more teachers. $700 covers a one year scholarship in full, including tuition ($350) and expenses for the weeks they attend courses.

Opening doors for capable people shut out of opportunity is what Sherbro Foundation is all about. Join us in supporting Kadiatu, Salamatu and four other teachers in their quest for higher education. Send your gift HERE.

You’ll improve the quality of education in Bumpeh Chiefdom schools. Together, we’ll put hundreds of children on the path to success for years to come.

Look for our Education Fundraiser to continue in future newsletters on vocational training scholarships and expanding our partner CCET-SL’s tutorial program.