Just when we thought we were ending a banner year – our best yet – it got even better.

When our partner CCET-SL’s new Community Education Center opened in 2015, we knew we would need solar power to meet the center’s promise of computer and adult literacy classes, chiefdom meetings, NGO-led educational workshops and other services. But we never dreamed this critical chiefdom resource would have its own 24-hour solar power system today.

Then it happened – quickly.  All thanks to a donor we have never met! From the very first email contact in early September to final installation of the new solar system in November was only 11 weeks. 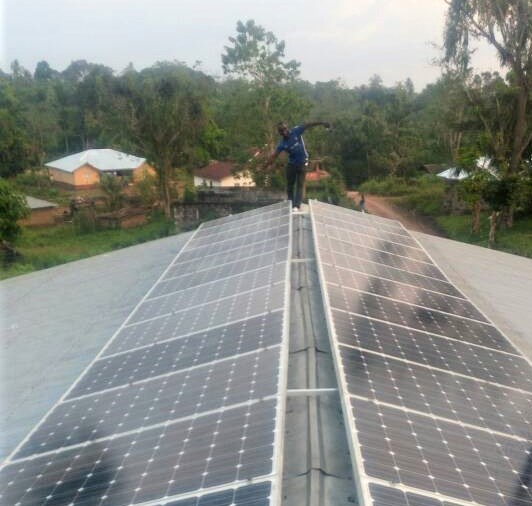 The Center can now operate late into the evening, seven days a week as needed, and power all equipment for its growing printing service and computer training.

The gift from the Beaman Family Fund (the actual donor wishes to remain anonymous) was made after another thoughtful donor recommended the work of Sherbro Foundation Sierra Leone and our Bumpeh Chiefdom partner, the Center for Community Empowerment & Transformation (CCET-SL). 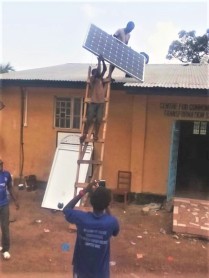 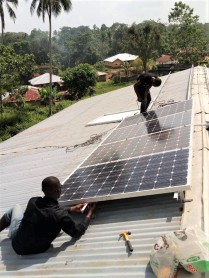 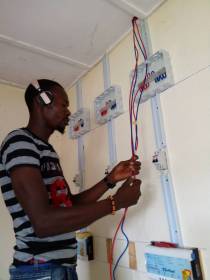 The funding installed a 6,000-watt solar power system, including a little extra capacity for the future. We had to carefully plan out all energy use, and still ration hours per day of usage. With solar, you can’t use power faster than you can make and store it.

For perspective on how far 6000 watts will go, a standard women’s hairdryer uses 1875 watts and a basic microwave is 1000 watts. Two simple devices would use half the available power. While solar equipment continues to get cheaper, installing a system to cover all energy needs is still expensive. 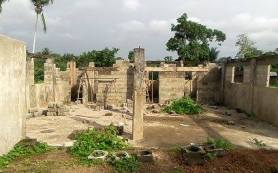 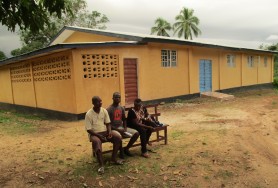 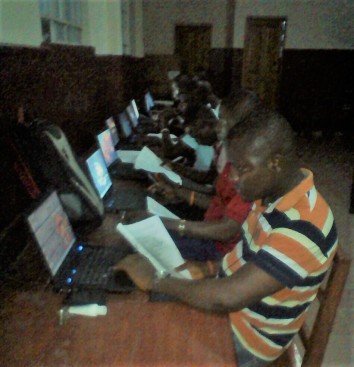 CCET-SL’s Center started as a burned-out shell of a building destroyed during the rebel war. But it was a central site, and local labor transformed it into a 2,600-square-foot multifunctional space, all built during the Ebola crisis when the chiefdom was under isolation order for months. 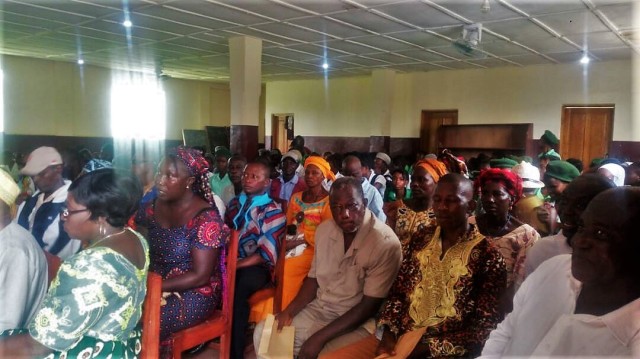 Now look at it! The center is not just a bright place for evening classes, to get a photo printed or a copy, hold a meeting or enjoy a cold drink. It’s a model for the entire country on self-supported community education. It’s lighting the way for market women to learn to read and for high school students to use a computer for the first time.

We can’t thank the Beaman Family Fund enough for their generosity in funding the solar power system. Thanks also to all of you who supported us along the way. It’s been a four year journey, but with your help, we’ve reached the finish line.