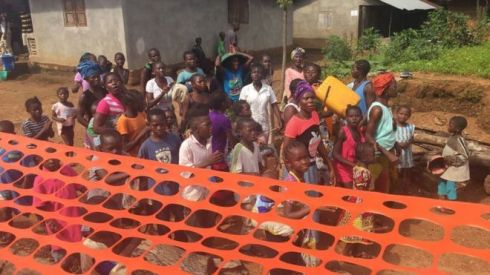 The last chain of Ebola transmission is almost stamped out. This means the set of contacts exposed to the last confirmed Ebola case are accounted for.

It was one year ago August 10 that Ebola was becoming a runaway train and WHO declared a global emergency.

The important thing for Sierra Leone now is no new cases have been confirmed that can’t be traced to another previously confirmed case. For over a month, there have been no new chains of transmission.
To declare the country Ebola free, it needs to go 42 days with no new Ebola cases after the last case is discharged from treatment and the last quarantine ended. The clock would start on August 29. 42 days are two sequential 21-day Ebola incubation periods.
The ban on public gatherings was released last week, allowing crowds to enjoy Freetown’s beaches and throng bars and nightclubs for the first time in a year.
Liberia’s had a new case pop up over three months after being declared Ebola free. WHO is now considering whether a 90 day Ebola free period is a more prudent criteria to declare a country Ebola free.
So – not out of the woods yet.  But getting close.
A US physician working in Liberia and treated for Ebola says, not so fast. Getting to zero is not good enough; you need to stay at zero.  He notes: “there were more physicians on staff at Bellevue Hospital in New York City, where I was treated for Ebola, than were practicing in the three most affected West African countries combined. The dearth of health care professionals means that for many responders, there has been little respite. And since the start of the epidemic, nearly 7 percent of health care workers in Sierra Leone and more than 8 percent in Liberia have died from Ebola.”
We’re all not safe from Ebola he says, until health care systems in the three Ebola affected countries are expanded and adequately staffed.