Imagine if you didn’t exist. No, it’s not a paradox. For millions of children around the world – including in Sierra Leone – their births were never recorded. Technically, they don’t exist. They’re invisible to their own governments. 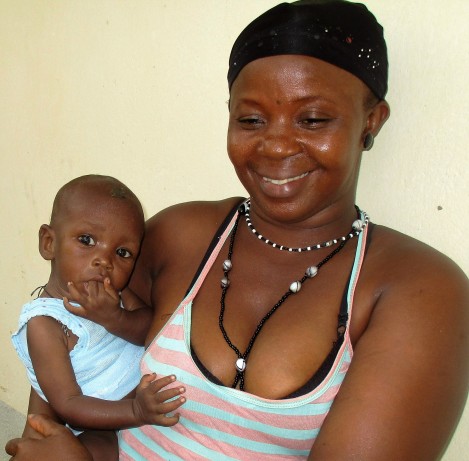 Sierra Leone is highly rural. Most live in small, hard to access villages, where there is no government birth registration.

Babies are only registered when born in government run hospitals in cities and a few district capital towns.

Most rural babies are born at home, or maybe in a small government health clinic without authority to register births.

Parents can later apply for a birth certificate, but will cost money they don’t have.

Paramount Chief Charles Caulker set up recorders to regularly collect birth and death records in every section of the chiefdom.

Birth rights are important in Sierra Leone where most earn their livelihood by farming. Land is not personally owned. It can’t be bought and sold. It belongs communally to a chiefdom. You receive rights to use family assigned land – if you can prove your place of birth and that of your parents.

With no public transportation system, traveling to remote villages was initially a problem for the new birth recorders.  Some cover 18 villages miles apart.

Now the recorders ride – thanks to a global grant from the Rotary International Foundation and 7 Rotary Clubs, led by the Ann Arbor Club.

Rotary Clubs funded bicycles for 13 chiefdom recorders and their training workshop. They also paid for printing affidavits signed by the chief for the estimated 1200 babies born in a year. Parents can use this official record to obtain their baby’s legal birth certificate.

The chiefdom cooperates with the government to collect information needed to secure government birth certificates for newborns. 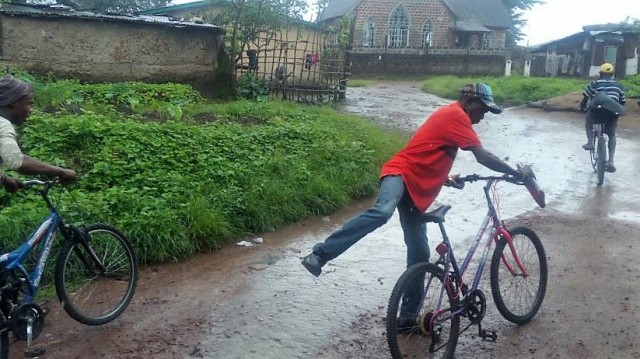 Now the birth recorders can cover the entire chiefdom and newborns are not “lost.” Babies are also enrolled in the chiefdom’s program for families to grow “baby trees” – fruit trees that can help feed the family and earn extra income. More on that in another post.

While we were busy wrapping up this year’s successful Girls Scholarships campaign, CCET-SL’s Rosaline Kaimbay was making the rounds of the four Bumpeh Chiefdom participating secondary schools.

She’s been visiting each school to check their enrollment of girls. And telling girls to tell their friends at home who didn’t report to school to come back. If they can’t pay school fees or buy a uniform, we will help them.

Mrs. Kaimbay is an inspiring role model for these girls, having been born and raised in the chiefdom. We’re fortunate to have her at the helm of CCET-SL.

Mrs. Kaimbay and Bumpeh Academy Secondary School students, left. BASS has both junior and senior high classes and their enrollment of girls is growing.

We doubled our scholarship campaign goal this year!

Our partner, CCET-SL, is now distributing 466 school fee scholarships to the girls that need them most. We added uniforms this year, and have 360 to combine with scholarships.

We expect that every Bumpeh Chiefdom girl who wants to attend senior high will receive a scholarship and a uniform! Helping girls progress through senior high is our goal. 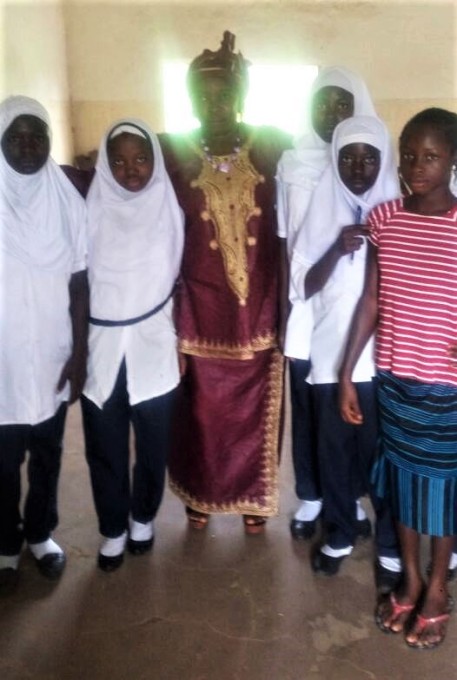 When girls see such a successful woman as Mrs. Kaimbay coming from among their ranks, they think, I can do this, too. And it starts with going to school.